The most dominant mode of oceanic climate variability on an interdecadel scale is the El Niño Southern Oscillation (ENSO). ENSO events are characterized by the anomalous sea surface temperatures (SSTs) in the equatorial Pacific. Large anomalies in this region are known to have high impact on global climate, as for instance, intense rainfall over Peru and droughts and wildfires in Northern Australia during the ENSO warm phase, known as El Niño. Although ENSO is an important climate phenomena, its cause and variability is not yet fully understood, which makes it hard for climate models to capture and predict its occurrence. In this project, we aim to forecast the equatorial SST anomaly patterns in the Pacific based on a data driven approach used together with probabilistic generative models (PGMs). PGMs allow us to make spatial and temporal predictions with uncertainties as well as reveal insights into underlying drivers of the modeled phenomenon. Our final goal is to be able to provide local SST forecasts from a global perspective. 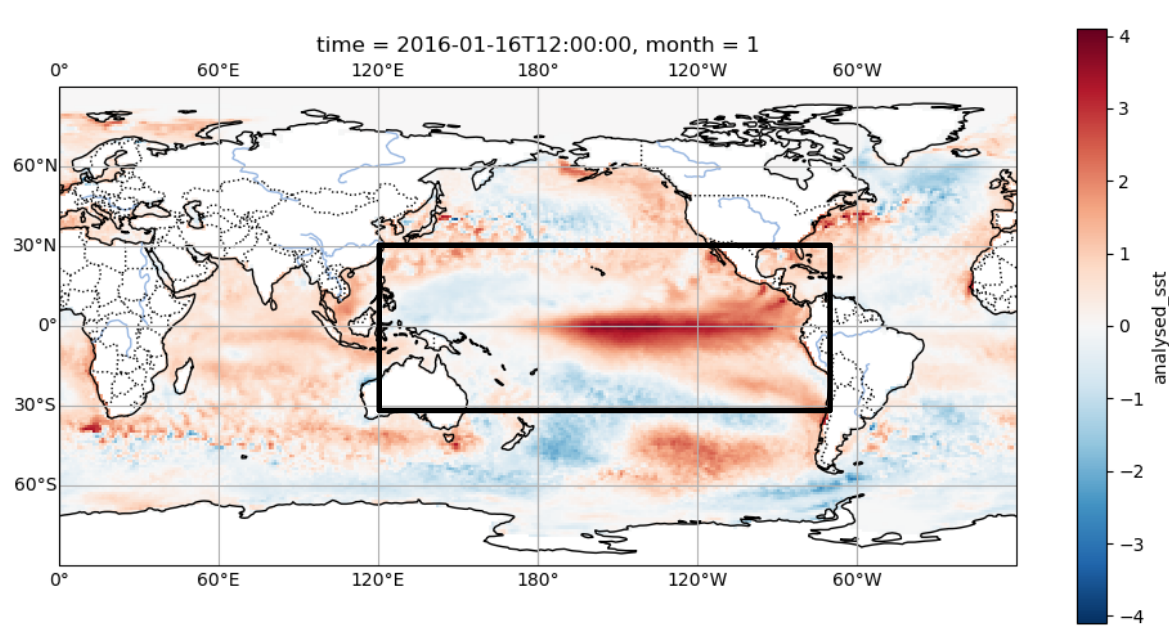 Analyzing rainfall events reveals areas on every continent that reveal similar behaviour: Heavy rainfalls during metereological summer and drier conditions during metereological winter. These areas are labelled as monsoon systems. According to (Wang and Ding, 2008) the various monsoon areas can be identified as regions where local summer minus winter precipitation exceeds 2 mm/day and summer accounts for at least 55% of the annual total precipitation. Principal component analysis of global divergent circulation (Trenberth et al., 2000) suggests not to treat different monsoon systems as isolated subsystems of regional scale but to acknowledge them as one global phenomena. In the last years, this phenomena has emerged as the concept of the Global Monsoon (GM), a global-scale solstitial mode that drives the annual variation of tropical and subtropical precipitation. However, its underlying dynamical behavior and interconnections to other global scale weather systems is so far not fully understood. We want to investigate the dynamics of the GM via methods from complex network analysis and Bayesian Inference. By better understanding the common/different variabilities in monsoon dynamics we hope to provide reliable estimates of the consequences of global climate change to the monsoon system. 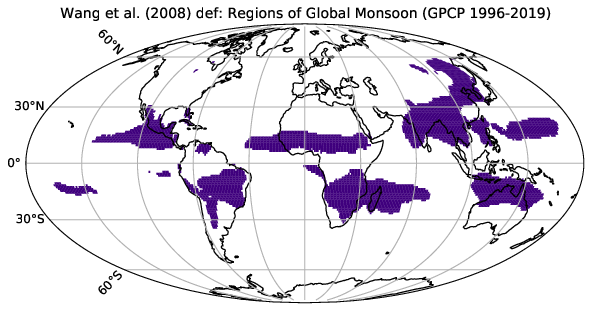 The El Niño Southern Oscillation (ENSO) is one of the most influential climate patterns in terms of climate variability around the globe and yet all its impacts are not fully understood. This project investigates the magnitude of El Niño (EN) events on river discharge in South America as EN-related floods can cause ecological, economical and social problems in many regions around the continent. By applying machine learning techniques on the “Global Streamflow Indices and Metadata archive” (GSIM) we plan to extend the amount of in situ stations for a 40 year timespan by almost three-fold. The idea is to infer missing streamflow data by using the temporal correlations of stations with missing values to others with data. This approach provides a possible solution for the problems of scattered data and in situ stations temporarily fading in and out, which makes large-scale hydrological research challenging. 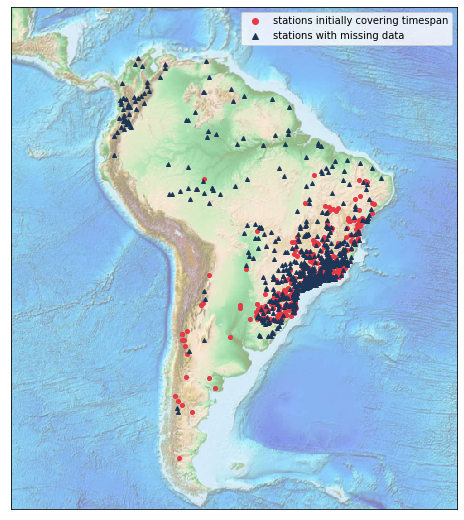